On both Saturday November 12 and Sunday, November 13, Inglewood artists will open their studios to the public, inviting visitors to personally tour their private working spaces and enjoy art created in all media--drawing, painting, sculpture, mixed-media, photography, print making, installation, video and performance.

To mark our 10th year anniversary, co-founder Renée Fox will curate a group show of 2016 Inglewood Open Studios artist participants at Residency gallery, a new gallery in Inglewood, managed by Rick Garzon. With its second exhibition about to open, Residency has already had reviews in Contemporary Art Review la (also known as CARLA) and Artillery. The group show will serve as stop #1 on the tour route, and, as a preview of art that can be seen on the tour. Group show dates: Saturday, November 12 through Wednesday, November 16 with a closing reception on November 16 from 6-9PM.

An official map with Inglewood Open Studios location details will be available online, at Residency gallery and at all artist studio locations on the tour. For additional information on Inglewood Open Studios, including the printable tour map, please visit  www.inglewoodopenstudios.com Free shuttle transportation will also be provided by the City of Inglewood.

Inglewood is nestled in the center of Los Angeles County. Bordered by the LAX International Airport, it is in close proximity to Otis College of Art and Design and is surrounded by the cities of Culver City, El Segundo, Marina Del Rey, Westchester, and Torrance. 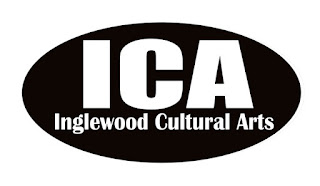 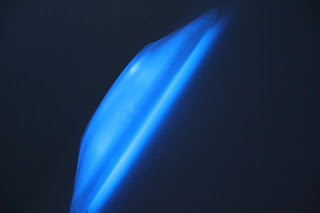 Van Hook Foundation-
Van Hook Foundation (VHF) is the media sponsor for the Inglewood Open Studios and may be contacted for additional information.
VHF is a 501(c)(3) non-profit organization founded in Inglewood and located at the Beacon Arts Building Gallery 1D.
The Van Hook Foundation’s mission is to promote the merging of fine art and science through the curating, jurying, installation and mounting of artistic, educational and scientific exhibitions for the public and to Promote Visibility of the Local Arts Communities in Los Angeles and surrounding areas.   vanhookfoundation.blogspot.com,
www.gingervanhook.com, www.lukevanhook.com, gingersartjournal.blogspot.com